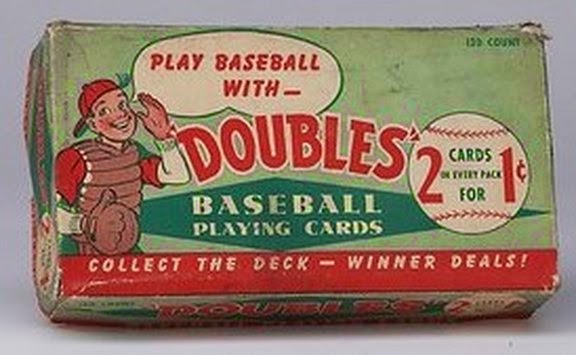 When Topps produced its first baseball cards back in 1951 they decided to go with two different sets called Red Backs and Blue Backs, although their official designation is 'A' series and 'B' series respectively.  Their objective was to use baseball cards to increase sales of their candy products. The cards were packaged as two connected cards along with a piece of caramel in a penny pack. Unfortunately the candy would 'melt ' and ruin the cards. 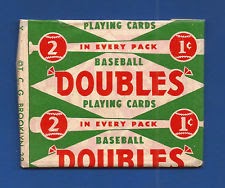 The cards were designed like playing cards, with rounded corners and either a blue or red back. The front showed a players picture and an 'action' (ball, strike, double). Long before Topps Attax the intention was to use the playing cards as a baseball card game. The game didn't catch on with card collectors, which led to a different (and more popular ) approach in 1952.

There are 52 cards in the Blue and Red sets, totalling 104 cards.

In 2003 Topps chose to produce an insert set that copied the 1951 design. Inserted in a ratio of about 1 to 12 in hobby packs and 1 to 8 in retail, the Red and Blue back insert is larger than its original counterpart and slightly more affordable.
Blue backs were inserted in Series 1 packs and Red backs in Series 2 packs. The cards are unnumbered although for checklist purposes I have used the designation used at The Cardboard Connection. 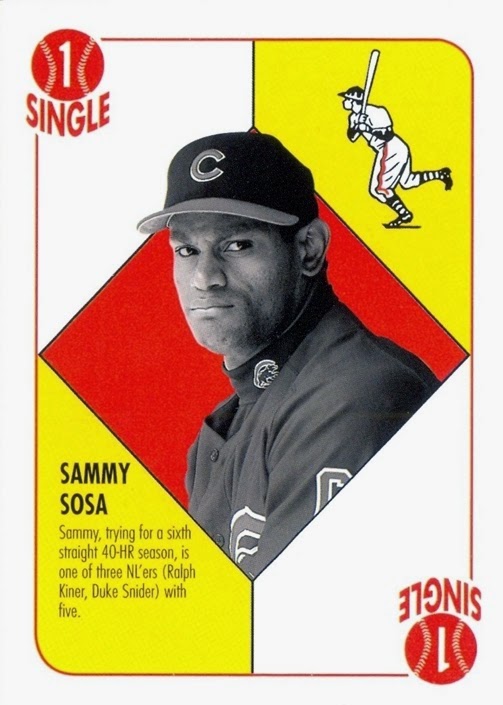 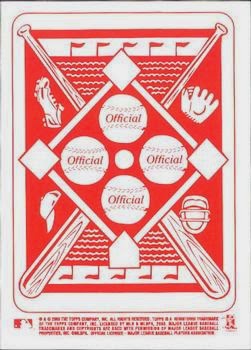