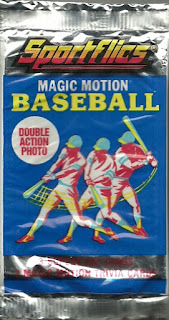 I have become strangely obsessed with the 3D/ Lenticular cards both past and present. It may be the strange combination of plastic and cardboard or the 'oddball' nature of these cards, but I have been feeling the urge to add a few to my collection.
So what better way to add to the lenticular collection than 'Sportflics'.
By 1990, Sportflics Magic Motion cards were in their fifth year and had not been the spectacular success that the producers had hope they would be.
The 250 base card set only featured 6 Red Sox players;
#2 Wade Boggs
#50 Mike Greenwell
#72 Nick Esasky
#80 Ellis Burks
#149 Roger Clemens
#217 Dwight Evans

I have six packs of these 3D marvels. Each pack contains three superstar cards and two trivia cards. 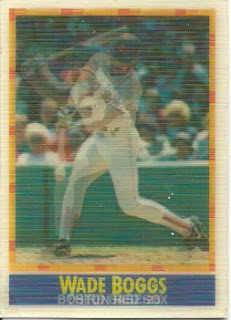 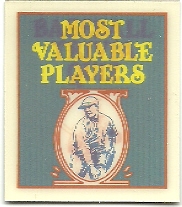