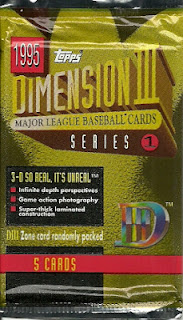 In line with the direction my collecting habits have taken of late, I purchased some packs of Topps Dimension III, of 'D3' as it became known.
I ignored some sensible advice, such as avoiding this product like a plague infested cat. However I wanted to see Topps's attempt at 3D/lenticular technology for myself .
Maybe it's a weak extraocular muscle or just my poor eyesight but these things look bloody awful... from any distance.
It begs the question. What were they thinking?
There are 59 base cards in the set and 6 Zone inserts. There are only two Red Sox in the set;
#9 Roger Clemens
#34 Mike Greenwell
I purchased 5 packs from e-bay for about $1.00 a pack (which is a little better than the original price of $5 a pack). 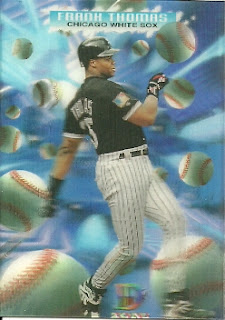 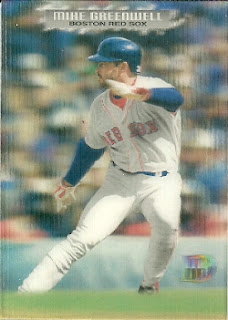 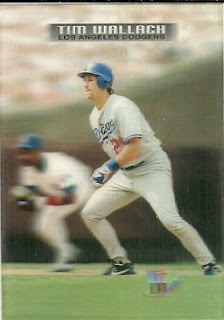 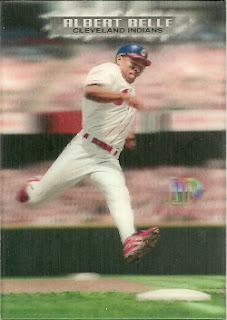 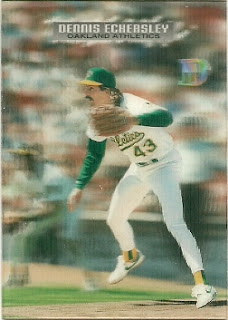 These cards look better scanned than they do in the flesh, but the pictures still appear to be out of focus rather than three dimensional. Pinnacle's UC3 was apparently a much better product, which couldn't have been too difficult.
At least I pulled an Eck.