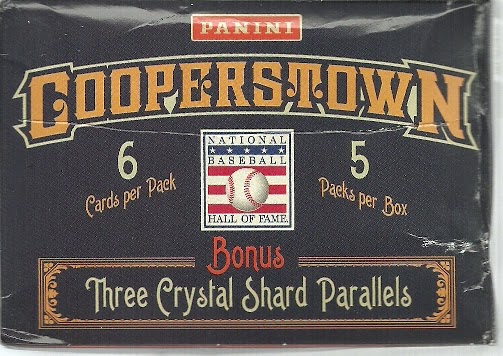 Not sure why I purchased this blaster of 2013 Cooperstown, just saw it on e-bay and thought 'Why not!' Initially opening the box, I was impressed with the bright red packs, but a little underwhelmed by the actual card design. At first glance the sepia-toned pictures were good but didn't excite. However since putting the packs to one side and then getting them out again to write this post, I am more impressed, not just by the depth of players included and the inserts but also the actual card design.
If you're a enthusiast of the backs of cards, then Cooperstown may interest you. Each back features a box score and a short description of the participation of the player depicted.
The addition of the Colgan's Chips is brilliant. At 1 per pack and a 165 card checklist, it is very tempting to go after the entire set. I love this sort of insert in baseball product. 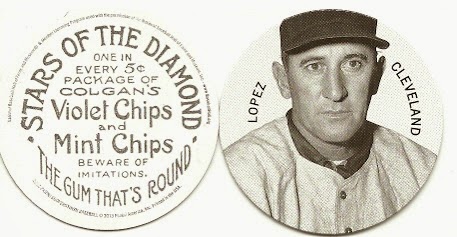 The base set consists of 100 cards, which come in a number of parallels; Green, Blue, Red, Gold, Black Crystal Shard and Matrix. Plus a further 10 colour short printed base cards.
There are inserts; Colgan's Chips, Lumberjacks, Lumberjacks Die Cut, Historic Tickets, Induction, Museum Pieces, Numbers Game and International Play.
There is an interesting looking box topper insert called Pennants, which comes in blue and red.
I purchased a blaster box, which includes 5 packs each containing 6 cards. As a bonus each blaster has three crystal shard parallels. You may notice the box above is a little beaten and battered, the cards were safe except for one pack, which suffered some corner damage. 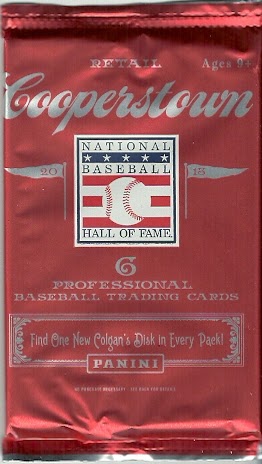 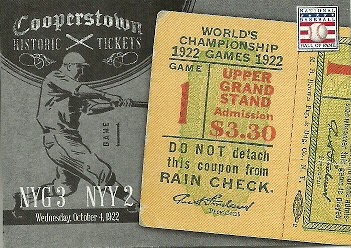 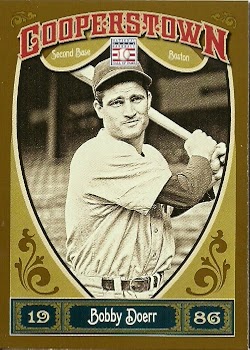 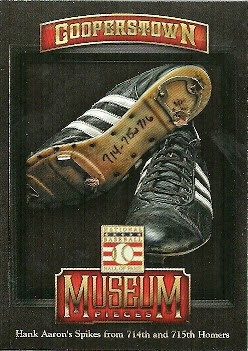 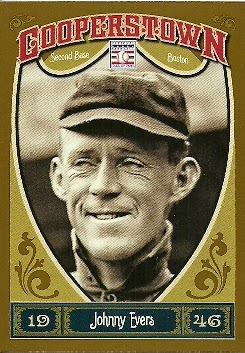 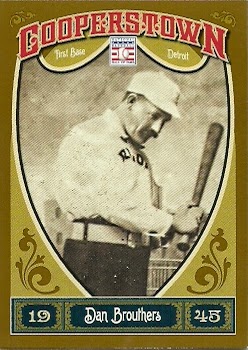 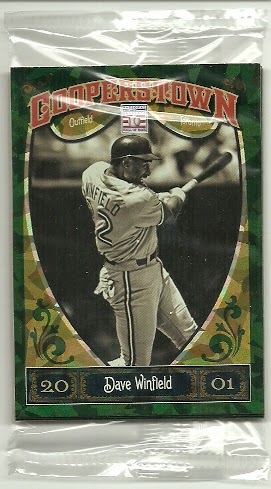 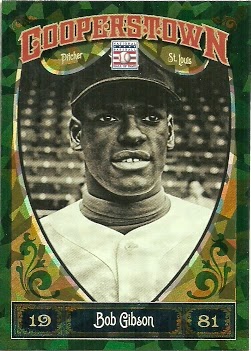 I nice enough cross section of inserts, the historic ticket in particular was interesting and I am even more tempted to try and collect the set of Colgan's Chip.
Posted by jackplumstead at 03:22