With the imminent arrival of 2014 Topps Series 2, these packs(there are a few) may seem a tad delayed. However I am still after the majority of the Red Sox from the flagship Topps, series1 and update included. The inclusion of 3 blue bordered parallels signify that these jumbo packs, containing 36 cards, were purchased in Wal-Mart. A Walmart somewhere in New York state.
My boss, soon to be ex-boss, was on a break in New York last year and returned with 9 jumbo packs, with an apology saying 'this is all she could find!'
I wasn't disappointed. Her departure from my school may mean these generous gifting are a thing of the past.
Four of the jumbos remain unopened, but not for long. I thought about selling them on eBay but I just enjoy opening packs far too much.

The Topps Series 2 was a 330 card continuation of the series 1 set.
The base cards are available in a number of parallel versions; Emerald Foil, Blue (Wal-Mart), Purple (Toys R' Us), Red (Target), Emerald Blue, Gold, Desert Camo Foil, Black, Pink, Silver Slate, and Platinum.
There are also the short printed base variations.
The inserts include; 1972 minis, Silk collection, Chasing History, Cut to the Chase, Making their Mark, Chase it down, World Baseball Classic stars, the Elite and Elite Gold. Most of the inserts come in an autograph/relic version. 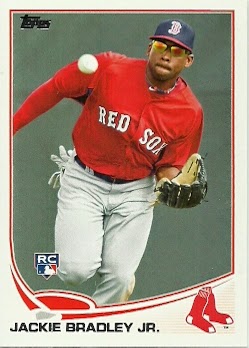 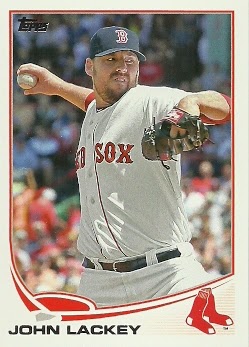 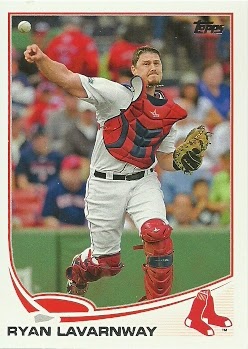 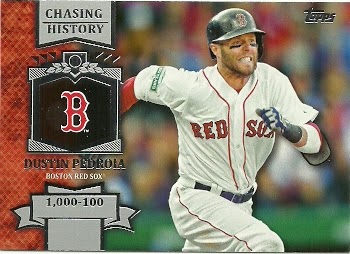 Ignore the fact that I pulled more Yankees from this pack, this was still a great Red Sox jumbo!