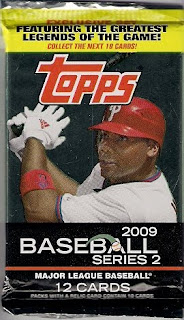 The fifth and final pack from the Alleys. A 2009 Topps Series 2. The last time I opened some Topps series 2, I was surprised to find the Walmart black version. I understand that Target had its own version of this set as well. I am still looking for these Red Sox from the base set:
89 Jon Lester/Jason Bay HL
171 Jeff Bailey
267 Michael Bowden (RC) 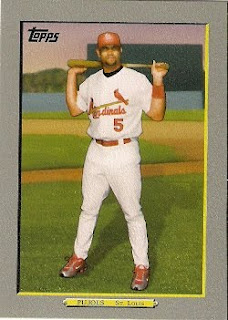 As far as packs go I think that was a pretty decent one. No Red Sox, (it was as Cardinals pack for sure) but there were some nice cards inside. There is something oddly comforting about pulling an Ichiro card.
On another note - If anyone has the Jacoby Ellsbury Walmart or Target variations or the Jacoby ToppsTown from this set I would be interested in setting up a trade.
Posted by jackplumstead at 12:47