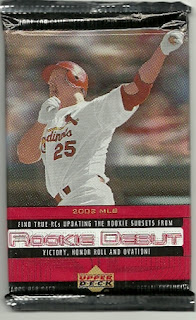 2002 Upper Deck Rookie Debut is not a set as such, more of an update for three previously released Upper Deck sets: Honor Roll, Ovation, and Victory. Rookie Debut was a retail exclusive update set.
Rookie Debut features a number of autographs game used cards that are not part of any of the three previously released sets plus a number of inserts :Climbing the ladder, Elite Company, Solid Contact and Making their Mark. Added to each of these are Honor Roll UD Prospects, Ovation World Premieres and Victory Rookies. 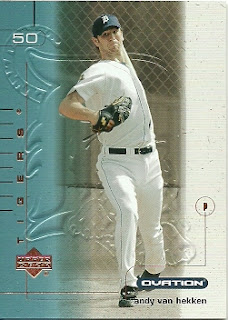