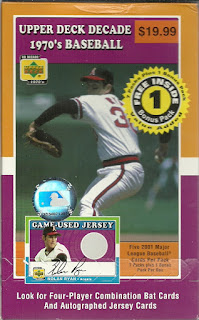 This was a set that I tried not to like but it was impossible. The psychedelic colours,  'groovy' fonts and purple/orange combination of the packs certainly make this different.
This was also a simpler time of collecting, no variations or short printed time limited gimmicks, just the base set, a few inserts, some relics and autographs.

The inserts include:70's Super Powers, Bellbottomed Bashers,  Decade Dynasties, Disco Era Dandies and The Arms Race.
The back of each pack states: 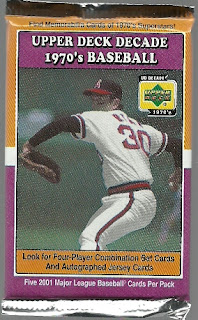 I purchased this blaster quite a while ago when it looked as if the card collectors in the UK were going to meet up in a sort of conference/get together type thing. However when push came to shove not many people were willing to travel since the collectors were spread across the UK, as far north as Scotland and me down south in Kent - so it never happened and doesn't look like ever happening. Hence the breaking of this blaster plus a few others in the future.

The blaster contains 8 packs and each pack contains 5 cards. 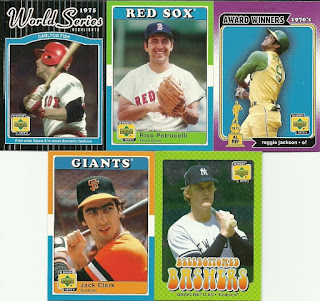 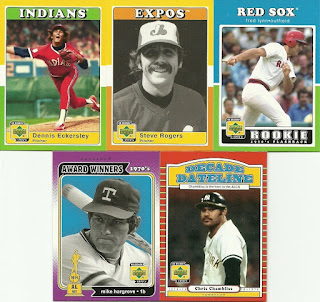 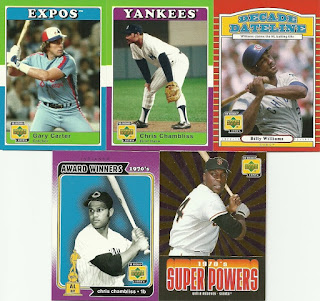 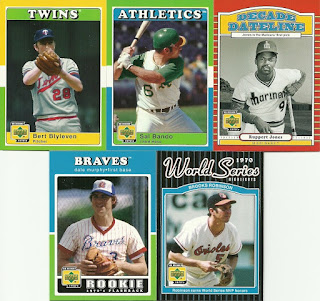 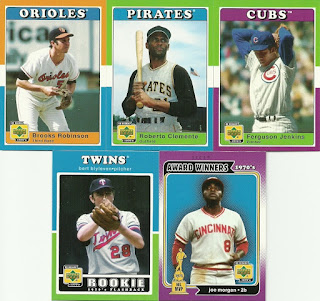 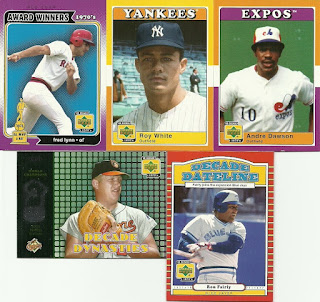 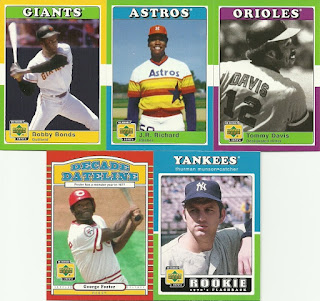 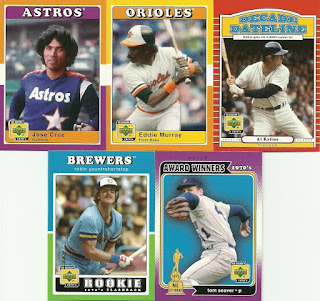 Only 4 Red Sox, but as I said I think it is time to go after the whole base set plus inserts. I need another pursuit like I need a third armpit, but these cards are awesome, I like them almost as much as the 1975 Topps set.
Posted by jackplumstead at 14:30